LoginRequest a demoSign Up
Engineering Analytics 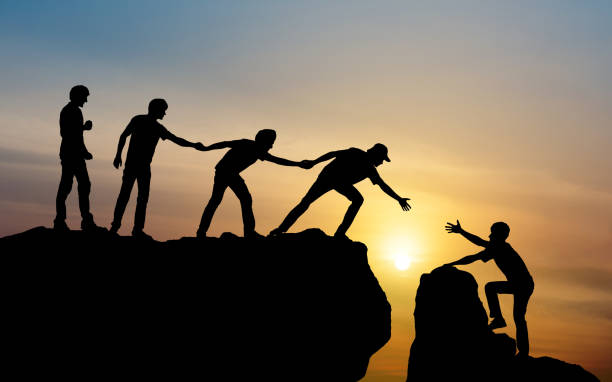 Leaders in technology who have the relentless ability to tackle problems, study human history, and devise viable solutions have been important for the survival and success of the human species. Over the last 50 years, the world has seen tremendous growth in every industry.

Smartphones and the internet arrived, we returned to space, electric vehicles (EVs) are replacing fossil fuel vehicles, blockchain is boosting our finance and software industries, and there has been a massive improvement in health, as evidenced by the obvious increase in life expectancy.

The driving force behind the universe's survival and expansion is technology, and the common denominator is humans. These massive inventions and movements were led by dedicated and hardwired leaders who were capable of envisioning and then creating the future.

In this article, we will define the common characteristics of historical tech leaders, how they approached problems, and the strategies they used to create products that the world cannot live without.

When it comes to tech leaders, one trait that they all have in common is market knowledge. You can't build a billion-dollar software company if you don't understand what the market wants. These individuals have demonstrated a proclivity for identifying issues that others are either blissfully unaware of or overlook. One criterion for success in technology is the ability to tackle and solve problems well. One simple method is to follow poor trends in climate, productivity, or healthcare and then do the obvious.

The 2008 global financial crisis evidenced massive risks by banks, and governments were compelled to make large bank bailouts. The crisis exposed the traditional financial system's flaws and highlighted the need for it to improve. Bitcoin and the blockchain were born a year later. Satoshi Nakamoto and other enthusiasts took the bold step of creating an immutable ledger that cannot be tampered with and solves a significant part  of the traditional banking system's problems.

A decade later, we've seen the birth of DeFi, DApps, NFTs, and other amazing blockchain applications that are changing the world for the better. Satoshi identified an obvious problem that almost everyone overlooked and devised a solution.

What about the more subtle issues that no one seems to notice?

Let me give you an example.

I believe the majority of the internet was pleased with how social media and communication tools served us. The metaverse, on the other hand, has been teased, and no one can get enough of it. So far, it's gaining traction, and I believe it will be raging and successful in the coming decades.

The ability to assemble and lead the right engineering team

History has shown that building great companies and engineering teams requires a special type of tech leader with unique competencies and skills. Leading a team is not for the faint of heart. Without a doubt, every successful company or organisation has some of the most competent leaders. This is also evident in sports.

Tech leaders are always put in a precarious situation because they are expected to master the art of people and human psychology, manage egos, and know-how to bring out the best in every single team member.

Self-awareness is an important characteristic of a successful tech leader. Great leaders can self-audit and are constantly critical of where and how they can improve, where they fall short, and how their abilities can benefit those they lead.

By the same token, great leaders have a capacity to motivate and empower their teams. But they hardly do so by wild-guessing what motivates their crew or where improvements should be made. They rely on facts, precisely measured and collected regularly through the monitoring of smart KPIs.

One of the reference points on this these days is Accelerate, by Dr. Nicole Forsgren, Jez Humble, and Gene Kim, that sets out to find a way to measure software delivery performance and what drives it using rigorous statistical methods. This of course needs to be implemented into actionable insights and KPIs, suitable for a particular organisation. Google for instance came up with the now widely-spread DORA metrics, that help organisations and their leaders focus on what matters. While this approach is critical to identify bottlenecks and scale processes, it’s often hard to implement because of all the data engineering required to extract and transform data. Companies like Keypup developed solutions to automate this process by integrating Git repositories and project management tools. Here is a link to a software delivery dashboard ready to use.

Why is this so important? Simply because focusing a group of people - the team - on the right objectives allows the collective to constantly improve, see ameliorations and most importantly be motivated by the outcomes and the further challenges to come.

We can't understand why tech titans are always emphasising quality when we don't understand why it's so important. There would be no products if they did not solve or improve something. The severity of the problem has an impact on the product's quality.

Because execution is always more difficult than strategy, how a successful tech team differs from others is how much emphasis they place on identifying bottlenecks and resolving them.

Tesla CEO Elon Musk's primary motivation for developing electric vehicles is to help the environment by reducing or eliminating the use of fossil fuels in automobiles. The electric vehicle industry is gaining traction, and we are seeing a reduction in ozone depletion from automobiles. It only gets better from here.

Products must not only do the job, but they must also do it efficiently. iPhones have an appealing aesthetic, but the true quality of the iPhone lies in the intrinsic value it provides. The phone is expressly designed to meet the needs of each user.

Large corporations and their tech leaders make a concerted effort to understand their customers' needs. One feature of every great product is that it has channels for receiving feedback and improving the product. We can see the demise of companies like Blackberry, which had a poor understanding of what people needed. They were hesitant to improve their products by removing the buttons and other features.

Tracking software metrics and user behaviour, which are critical to the product's growth, is a common trait among successful MVP builders.

It is sometimes preferable to ship your MVP to test the waters and attract early adopters rather than conducting extensive market research. When it comes to this innate skill, successful tech leaders have a track record.

Great leaders care about quality; they embrace it, they listen to users’ feedback, and they use it to create better products. Every year, Apple does this with the release of a new iPhone. Tech leaders are not immobile. They are only concerned with expanding.

The ability to envision and create the future.

Jeff Bezos was asked about his deepest desire in an infamous interview in 2000, and he unexpectedly mentioned his desire to visit space. The entire audience laughed (ridiculously). Young Jeff went on to say that there hasn't been much progress in space exploration since the Apollo Program in 1969 and that he expects things to be different in 20 years.

“It is really hard.” However, he added, “Who knows; 20 years from now there are significant changes in technology; maybe such things will get easier.”

Jeff Bezos founded his space company, Blue Origin, two years later, and after 19 years, he was able to fulfil his lifelong goal of visiting space.

One thing is that successful tech leaders have a track record of achieving the majority (if not all) of their goals. It always starts as a simple dream, and then they act on it. Some will take years, while others will take decades.

How do they accomplish this? It doesn't happen by accident, but rather through persistent research into the past. "If you want to predict the future, study the past," Confucius said.

Elon Musk has old photos of himself assembling car parts into full-fledged vehicles, and now his electric car company is the most valuable of all automobile companies.

Following trends and history is one way to predict the future. History, they say, repeats itself, and I agree. Although one thing cannot happen twice, patterns have a way of repeating themselves.

Bill Gates said something incredible in the first quarter of 1996. He stated in his letter before the Dot-Com bubble that "content is where I expect much of the real money to be made on the internet." In his own words, “One of the exciting things about the Internet is that anyone with a PC and a modem can publish whatever content they can create. In a sense, the Internet is the multimedia equivalent of the photocopier. It allows the material to be duplicated at low cost, no matter the size of the audience.”

Reading the letter a few decades later seems inspirational, but it wasn't exactly so  in 1996. Gates correctly predicted how the internet would revolutionize every industry and more.

He drew his emphasis and inspiration from how the television revolution 50 years ago altered the game and brought long-term winners to those who used the medium to deliver information and entertainment.

This pattern can also be seen in the careers of all successful tech entrepreneurs. They imagine the future and then take the necessary steps to make it a reality.

They are open-minded, lifelong learners.

Open-mindedness is a positive personality trait that allows those who possess it to think critically and rationally. It is mandatory, especially in this day and age, to be able to step outside of your comfort zone and consider other ideas and perspectives.

All of the tech leaders we admire have a history of being voracious readers. The average tech tycoon reads 30 books per year. You don't get their knowledge without a sturdy curiosity and a strong desire to learn.

Staying in one place does more harm than good in the world of technology. The titans are constantly learning, upgrading, and looking for ways to better the world.

Unwavering persistence and effort are required for success in an ever-changing industry.

There is fierce competition as new tools and products are introduced. Accept lifelong learning and do your homework to improve your chances.

This and other awesome content can be found on the Keypup blog. 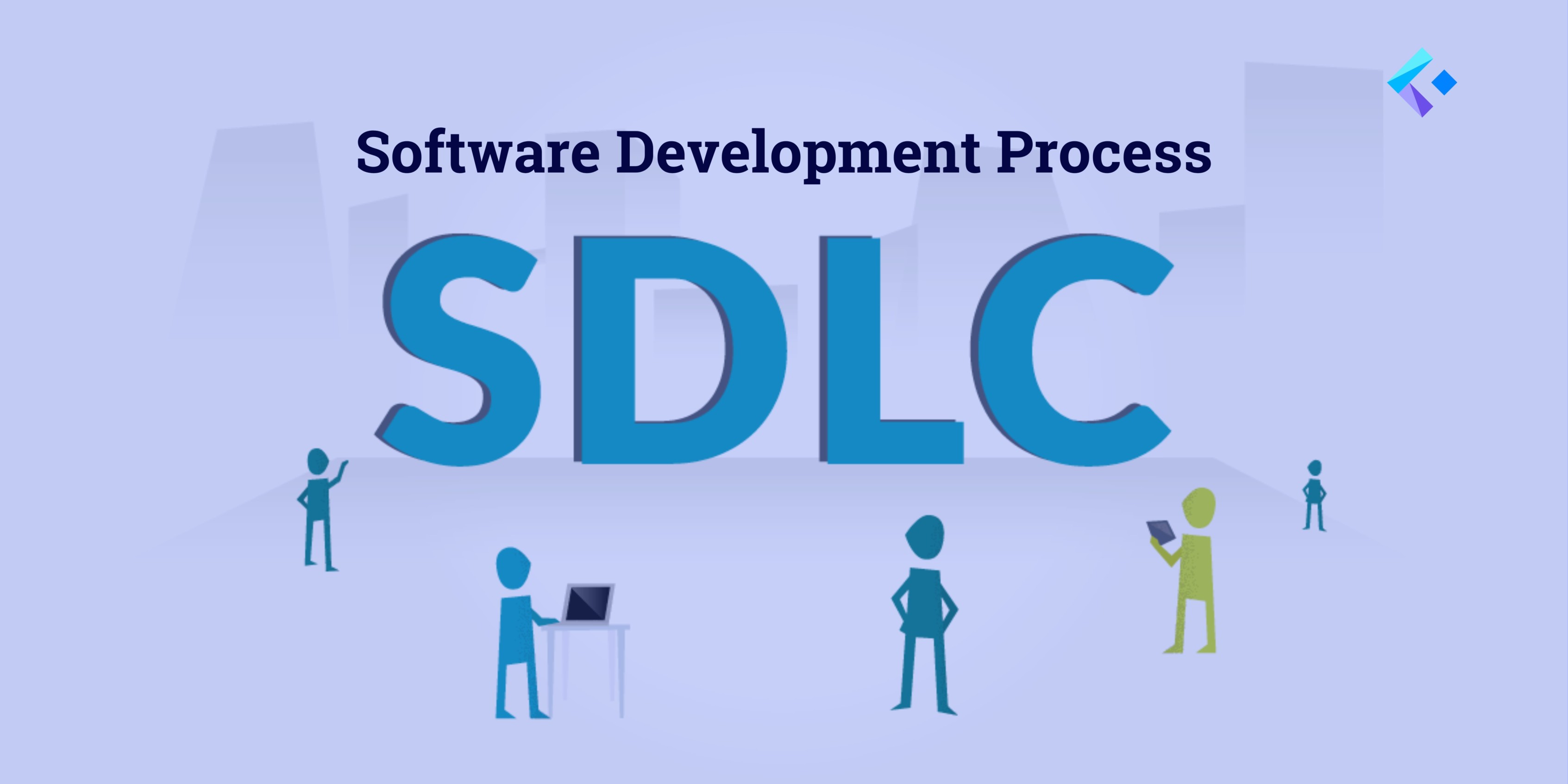 What Is the People, Process, Technology Framework? 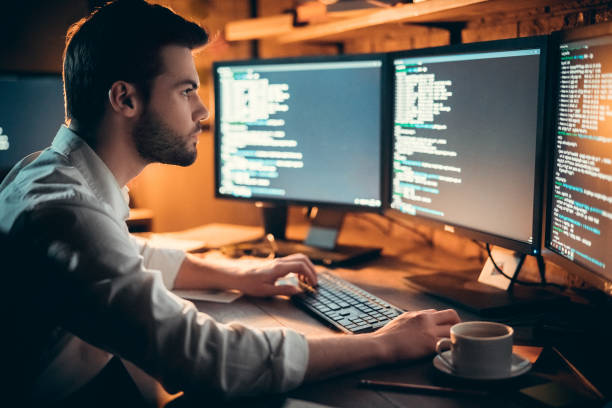 How Can You Become a Software Engineer?