The 3 reasons why software developers use social media

Social media is not just meant only to watch cat videos. At least, not anymore... Let’s talk about the key benefits of using social media as a developer. 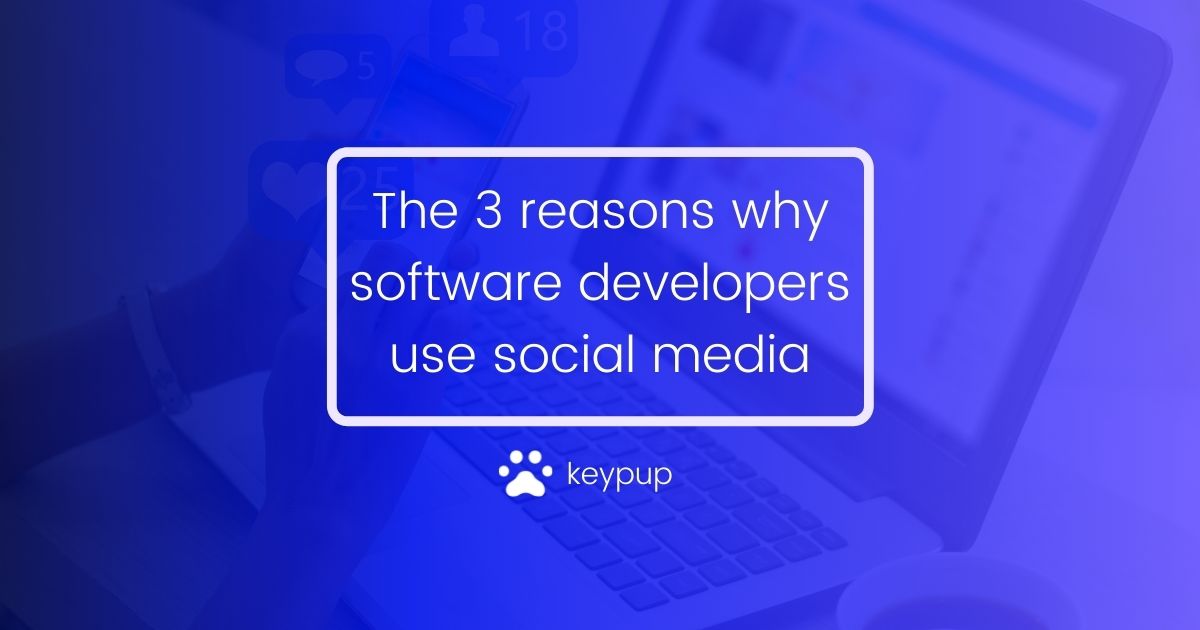 Hey, Cica’s here, let’s talk about the key benefits of using social media as a developer.

Social media is not just meant only to watch cat videos. At least, not anymore...

It has evolved to be a great tool for professional networking. When it comes to developers, social media has become a valuable asset for career building and learning new skills. A lot of developer communities such as Dev.to, Stack Overflow, and HackerNews are sharing open-source projects, pro tips, and solving problems that can save time and money.

Whether it’s for technical questions or lighter discussions, developers can find what’s best for them, there will always be a little place on the internet where they can find valuable content.

So how is it even possible to end our days with empty minds? (well, that’s where videos of kittens still come very handy!)

Alright, let’s dive right in. Here are the 3 reasons why software developers use social media.

Software developers are often self-taught people. They are always curious about the latest tech trends and how to optimize their software stack knowledge and skills.

Twitter is an ideal place to follow what’s going on in the dev world, whatever technology you are working on. Twitter bots take into account your interests, what you tweet and retweet about so that you can be visible to those who are likely to follow you. A lot of software developers post pro tips and software protocols that can benefit thousands of developers.

Devs rely on social proof before buying or trying anything. According to a Stack Overflow survey, over 60% of developers ask other developers if they know about it or visit developer communities to look for feedback. It means that external opinion matters and has a lot of weight in the final decision process. They are most likely to sign up for something if they have already heard of it from a colleague or an influencer.

Speaking of influencers, you can mostly find them on Twitter and Youtube. They are great sources of knowledge because first and second, they are passionate nerds that would give anything to their community. (isn’t it beautiful?).

Developers put a lot of trust in communities. Because people there can be brutally honest when reviewing a new tool. So use the advice wisely to access new tools and sharpen your skills.

2- Networking and securing the bag

Developers can get a lot of visibility on specific niches. Sharing a project, a part of a complex code can get hundreds of likes. Even if the intention was just to share valuable data, some have found out that giving back to the community pays off. So why deprive yourself of it?

It’s the case with @WellPaidGeek who shares daily tips on Twitter about Javascript. He is not ashamed to open up about how he became a rich and successful developer. This profile is highly inspirational for code newbies that ambition to nail their entrance into the software environment.

Communities such as Product Hunt are also full of job opportunities if you want to find a new gig or a full-time position.

Social media is ideal for a career launch. In any sector, networking has been proven to be efficient for employment. And what’s the best place for professional networking?

On LinkedIn you can find, on top of job opportunities, specific groups speaking about software matters. The key is to be active in these groups, make new connections and see if there are any job opportunities there. There are tons of guides to teach developers how to optimize a LinkedIn profile you can find, but here’s at least one.

A little bit of self-promotion is profitable to secure a job position, so don’t be afraid to put yourself out there!

Because developers are humans too, social media is also a place where they can relax after a stressful day. Reddit is inevitably the funniest community. Subreddits such as r/programminghorror and r/ProgrammerHumor are the place to have a good laugh.